THE APANJAN PROJECT
The Banyan Trust’s first initiative was the Apanjan Project in Calcutta, in partnership with local NGO OFFER. It provided a happy home to a group of street-children with disabilities. It didn’t take long before the project was able to move to a nearby country location, where it rapidly transformed into a lively community with two living quarters for sixty residents, a day centre for more than a hundred children, a pediatric clinic and a vegetable garden. When at some point orphaned children were identified with HIV, at Apanjan and other OFFER projects, the Banyan Trust provided seed funding for OFFER to establish a separate project, dedicated to ensuring a healthy life for these rejected children and focused on their inclusion into the wider community. The Apanjan and Anandaghar Projects are neighbours in the West-Bengal village of Govindapur, with continuous social exchange and joyful joint events. The Apanjan Project has been independent for quite some years now, charting its own course and successfully doing its own fundraising. The project is considered a local treasure, with a well-established reputation for excellent care for the disabled. The Banyan Trust still occasionally contributes with small grants in times of need. 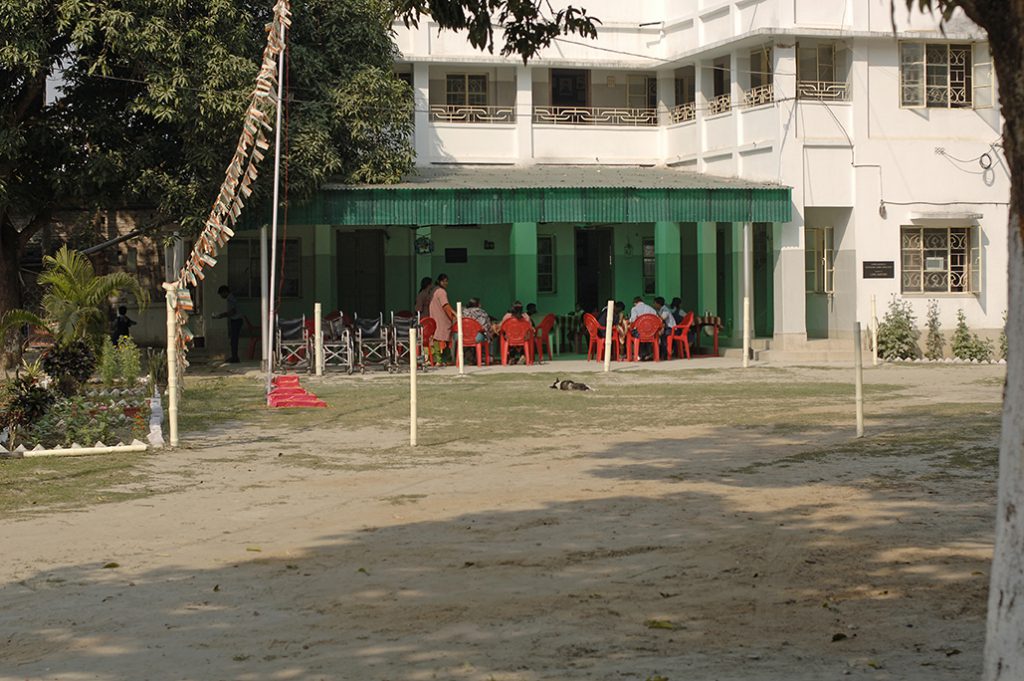 THE SANJEEVANI PROJECT
In 2008 The Banyan Trust expanded its horizon to Bangladesh, with the opening of the Sanjeevani Day Centre at the heart of one of Dhaka’s largest shanty towns. It offered special education, vocational training, nutritional support, medical support, early intervention and outreach care to a group of more than eighty children with multiple disabilities.
Previously under the auspices of a small local educational NGO, Sanjeevani decided it may fare better under a different flag and in 2014 signed up with its current managing group of Niketan and DRRA: two organisations that offer wide-ranging services to children and young people with disabilities throughout Bangladesh. They work with great vision, innovative methods and operate with the utmost of transparency. To be able to adopt Sanjeevani into their fold, it was needed to resubmit the project for approval to the Bangladesh NGO authorities. To emphasize a fresh start the project’s name was changed to Amar Joti. A fruitful exchange of expertise, staff and other resources proved amongst the many benefits of this step, with the children the clear winners. The project recently earned a government distinction. Niketan now shoulders the fundraising and The Banyan Trust continues to contribute within our means. 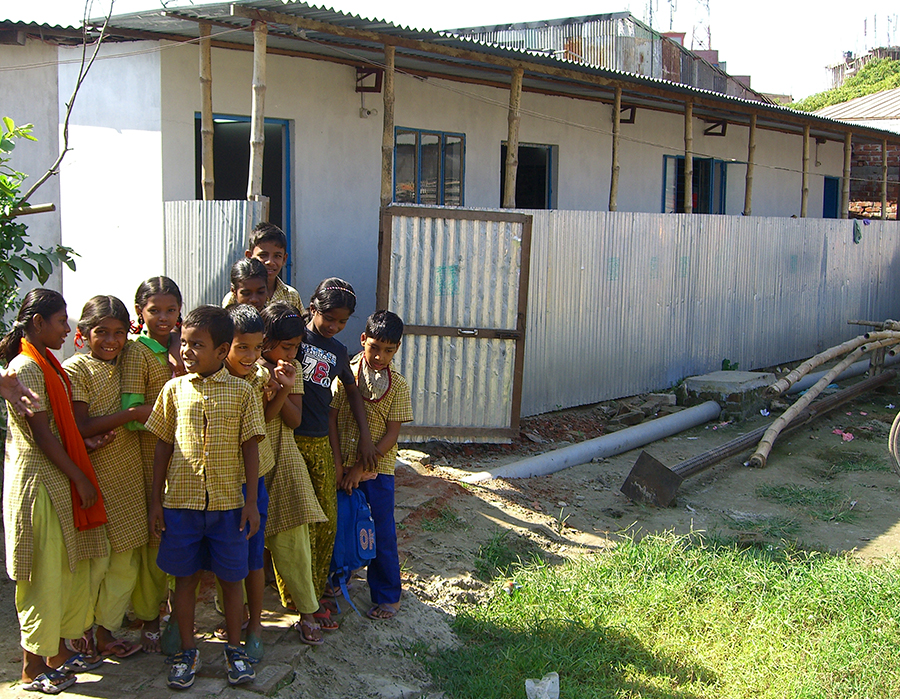 RICE BANK
In 2009 The Banyan Trust organised the Rice Bank for more than eighty families, about four hundred people, who were badly affected by sudden sky-high inflation of food prices and in particular rice. For many children attending the Day Centre the communal lunch became their only meal of the day, with their families at home only able to afford food on alternate days. The children were deeply affected by the deteriorating home situation of deprivation and hunger, so the project decided to act by moving the goal posts to the entire family. The Banyan Trust devised a system of subsidised rice allocations for every family at a central distribution point in the neighbourhood. A dedicated fundraiser was launched in the UK and the Netherlands to help pay for the emergency initiative, to which our donors generously responded. The system ran for more than six months and helped the families to weather the worst of these unexpected famine-like circumstances. 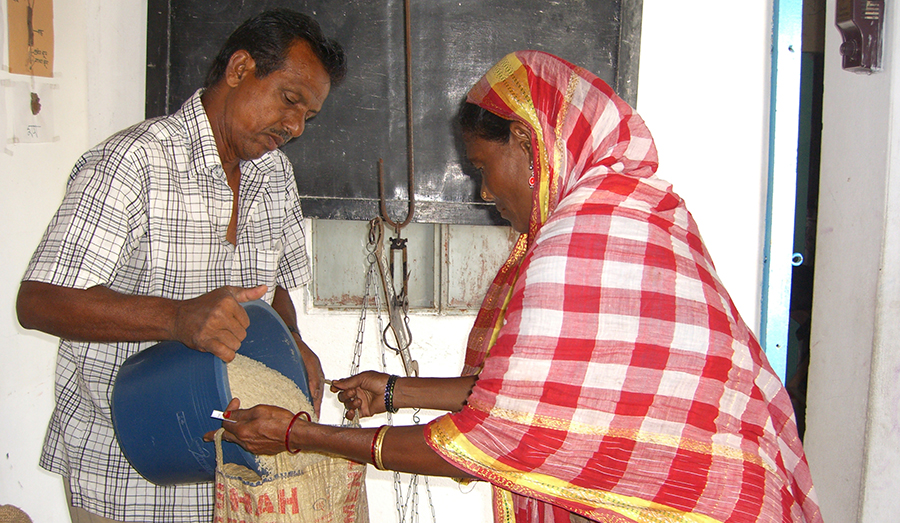 ROHINGYA SUPPORT INITIATIVE
In 2018 a new difficult issue was laid at The Banyan Trust’s door: the Rohingya refugee crisis. Prof Dr Z. Naila Kahn who was instrumental in the set-up of the Sanjeevani Project, eminent neurologist and former National Health Advisor to the Bangladesh government, asked the Banyan Trust to fund a multi-disciplinary team of health care professionals that had gained permission to work in the overpopulated Rohingya camps. Their remit was the assessment of disability and trauma amongst children that have escaped the Myanmar genocide, to document their findings and to provide on the spot support to the children and their parents. Next step was effective training programmes for NGOs and care workers already certified to work within the camps on how to address disability and trauma within the refugee child population.
The experience proved challenging and often harrowing for the dedicated team, working hard in such difficult circumstances, but all assignments were successfully completed. The NGOs in the camps are now armed with awareness, knowledge and the necessary tools concerning support for children with special needs, where previously these vulnerable children, unable to make themselves heard, tended to be overlooked within large groups.
The data were published in articles by Prof Dr Kahn in the international peer-reviewed medical press and also resulted in an excellent manual for the establishment of disability services in Bangladesh (Link: Training Manual for the Establishment of Child Development and Disability Services in Bangladesh ).
Although for the moment the Covid19-crisis has shut the door on any follow-up initiatives within the camps, The Banyan Trust will do its best to make sure that these children in need are not forgotten. 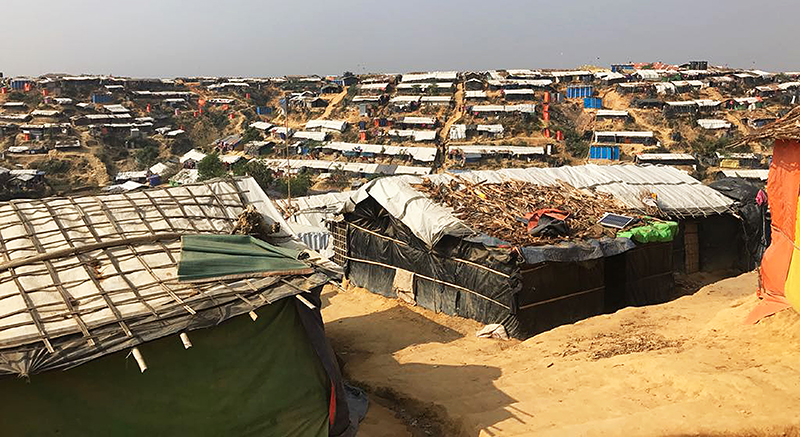 COVID19 CRISIS RESPONSE DHAKA PROJECT
In 2020 the projects were confronted with the Covid19-crisis. Most acute were the needs of the children and their families within the Amar Joti/Sanjeevani Project that found themselves overnight without jobs and food due a strict national lockdown. Without wasting any time Antoinette Termoshuizen of Niketan proposed an emergency fund, to which The Banyan Trust immediately agreed and Dutch organisation the Wild Geese without hesitation doubled the money; so quick decisions and swift action. Not only food was provided, but the families could also receive grants to develop new income generating activities, with a sewing machine, some cattle or even a riksja. All credit goes to project Director Rabeya Neela and DRRA, our local partner organisation, for rapidly and efficiently implementing the complex initiative.  It is a situation where a more holistic approach was needed from the Banyan Trust. Once again we realised that every child is a broad commitment, involving its home, family and the community. There’s work to be done at every level, stretching from special education to nutritional support to family involvement to community awareness.
Only then the child is able to blossom.

For this initiative funded by The Banyan Trust and The Wild Geese, The Niketan Foundation received the 2021 Impact Award in the Netherlands. 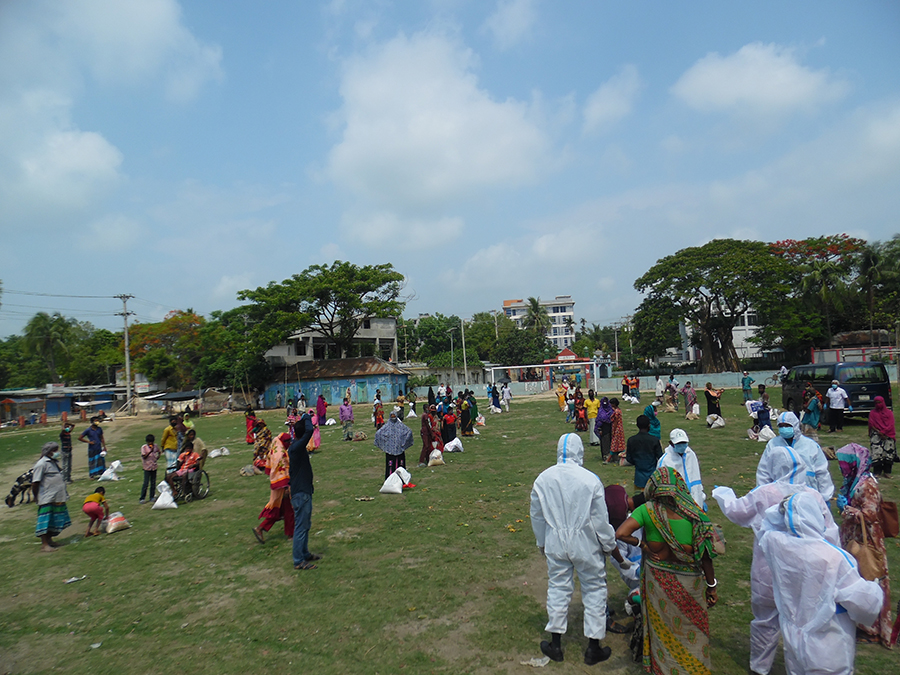 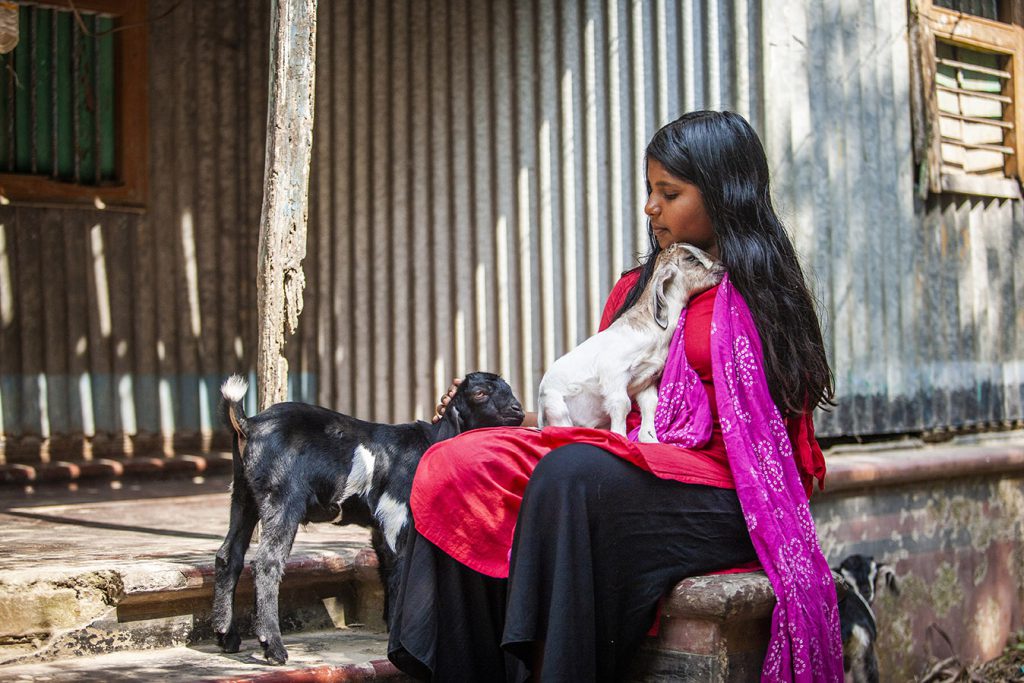 COVID19 FINANCIAL AID VILLAGES AND URBAN AREA
At the same time the Bangladesh Protibondhi Foundation (BPF) was able to keep safe two groups of children with financial aid from the Banyan Trust; 150 children with disabilities in villages in the District of Kishoreganj) and another 150 underprivileged children with special needs in the Dhaka neighbourhood of Mirpur. BPF, long time partner of The Banyan Trust, created community bubbles, with a maximum of seven childen plus one teacher. Parents kindly vacated their modest living quarters to provide space for the lessons, two to three times a week, so the curriculum of special education could continue. The children also received much-needed food packages that included extra items for their families at home. To this date there has not been a single case of transmission within the bubbles.
It may have been a tiny drop in a vast ocean of need, but the initiatives meant a world of difference to all children and their families that were able to benefit. 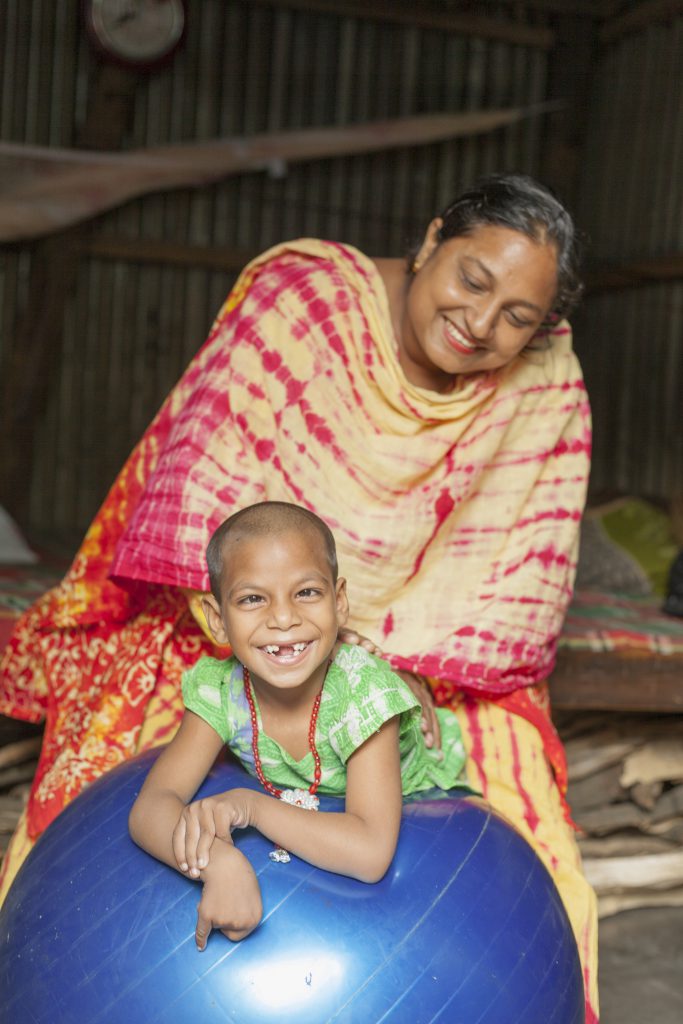